Dancer, bailaora, choreographer and dance teacher, she is Academic of the Spanish Escenics Arts. 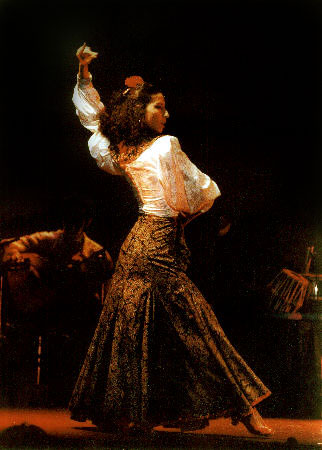 Professionally dedicated to this art since 1982.

Born in Madrid, her calling to dance was obvious from an early age and began studying Spanish Dance in the Madrid Conservatory at age 12. However, it is in Flamenco where she found her true form of expression.

In 1980 she went to the United States to increase her cultural and artistic knowledge. She had the opportunity of studying modern and jazz dance in the Boston Conservatory and participated in several artistic activities sponsored by the Spanish consulate.

Upon returning to Spain she devoted herself to Flamenco, studying under the most important teachers who created a style in the field, such as Ciro, Paco Fernández, María Magdalena, José Granero.

Her professional growth took place in several Spanish and Flamenco dance companies, among them those of Rafael de Córdoba and Antonio Gades.

She traveled to Japan with her group representing Spain in the International Music and Dance Festival held in Nagasaki.

In 1992 she formed her own Company and created the show “Al son del Aire”, which opened in Madrid in the Dance Tribune of the Fall Festival. This show was followed by “Flamenco y Palabra” (Toledo 1999) and “Dímelo tú Flamenco” (Salamanca 2002) and
“El Dibujo de mis Abrazos” (Madrid 2012) which toured all overs Spain and in several European and African countries.

Recently she has colaborated in the presentation of M. Carmen Rodriguez Rendo`s books “Sendero de pena blanca” and “Dejate vencer” incorporating action to words of these books.


From her earliest years as a professional dancer, Isabel Olavide has combined her artistic stage activities with her work as a Spanish and Flamenco Dance teacher. 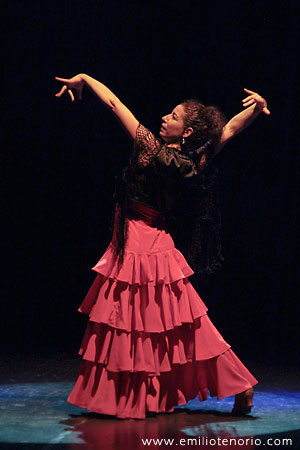 She has taught in several studies and academies in Madrid, including “Estudio Carmen Cubillo” “Estudios Relatores” etc.

In 1993 she created her own Flamenco study. It was there that she had the chance to form a group comprised of children with Down’s syndrome and other different abilities. This defined the trajectory of the school and set its lines of action. Making dancing an inclusive artistic activity. Developing the teaching of dancing, in view of its great transformative (therapeutic) power. Transmitting it with discipline, from the joy and thrill of dancing and the profound love for the art that her vocation has always inspired in her.

At this time the school has several different groups and levels, with over 30 students with ‘different abilities’.
As a result of this pedagogical work performed in these years and in view of the evolution and progress in the learning and artistic trajectory of her students, Isabel Olavide has created the Company A Nuestro Ritmo that reflects the artistic talents of its performers.

The experience gained in these years of contact with the world of ‘different abilities’ has led Isabel Olavide to develop several teaching and learning methods and to teach courses in psychomotricity and dance therapy for professionals, educators, dance teachers and other people involved in artistic diversity.

Isabel Olavide is the founder of the Association Danza A Nuestro Ritmo wich main purpose is to integrate social and artistic people with disability.

Fully committed to this artistic, creative and pedagogical work, she hopes to continue developing different projects in the world of dance, an artistic language that contributes so much to humankind.